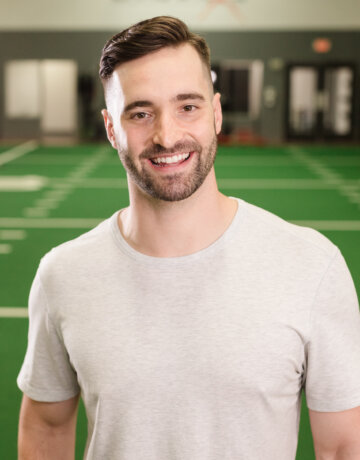 Major is originally from Lewisburg, TN, where he played varsity football for Marshall County High School and served as a captain his senior year. Major holds a BS in Human Health and Performance from the University of Tennessee at Martin. While at UTM, Major served as a head student manager and coaches assistant for the Skyhawk football program for four years. He served two years as the Strength and Conditioning Coordinator, Kicking Coach, and Freshman Coach for the Centennial High School Football team. Major also spent a semester at Middle Tennessee University as a volunteer in the weightroom assisting with the football, volleyball, and women’s soccer team. Major is a Certified Strength and Conditioning Specialist through the National Strength and Conditioning Association as well as an Exos Performance Specialist.

As a performance coach, he has worked with a large variety of individuals with different fitness and sport performance goals and numerous athletes competing in the sports football, volleyball, competitive cheering, hockey, basketball, baseball, swimming, and soccer. Major is very passionate about helping people. He loves continued education and teaching others how to reach their goals.

Lauren has been personal training at 6:00 am 3 days per week with Chadwick’s trainers, Jared and Zack. She has lost 37 pounds (an average of 1.5 pound per week) and 7% body fat in her first six months of training!
We are so proud of the progress that Lauren has made so far! She is truly an example of what it means to take small, systematic steps to change your lifestyle for the better.